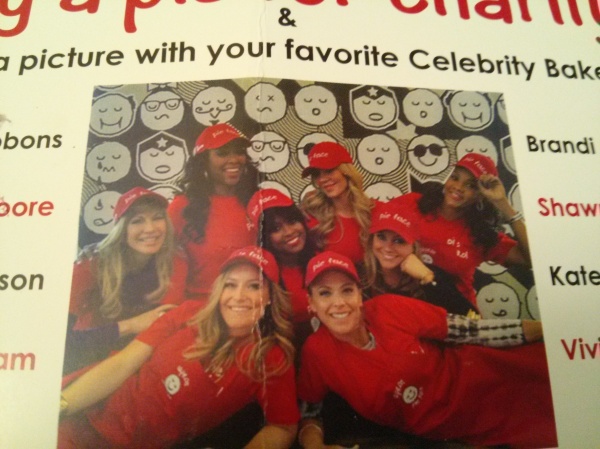 “Cosby’s” Rudy Huxtable aka Keshia Knight-Pulliam may’ve been the first player to get the axe on “Celebrity Apprentice” but her walking papers included a $25,000 donation–to her Kamp Kizzy Foundation–from the Donald’s own coffers.

Hey, if you’re going to go out at least get some coins to show for it.

Keshia’s downfall as bosslady came when she didn’t tap into her Bill Cosby resource. These days it would all but certainly warrant an understanding head nod to not reach out to the comedian. But given that the ep taped months before the sexual assault allegations plagued the pudding king, his number should’ve been on speed dial for the fundraising challenge of selling pies.

Keshia thought it would look tacky to reach out to him for moola when she hadn’t talked to him in years. So, she took the high road that led to a town car outta Trump world. Bye, Rudy.

Ms. Fox illustrated her acting chops by transforming into a dictator diet coach character with a Hitler mustache during the presentation. Welp, you gotta do what you gotta do for charity.

Hey, however weird and unorthodox,the schtick worked. Ms. Fox raised $50,000 to Best Buddies International; an org that aids people with disabilities and development challenges to be independent.

According to Viv’s “Apprentice” blog she’s worked with the charity for a decade.

Other Takeaways from “Celebrity Apprentice“:

“Real Housewives of Atlanta” star Kenya Moore is more lethal in the boardroom than in a housewife reunion show. She baited Trump (not with the scepter, though) to go after Keshia for not reaching out to Bill Cosby.

You would think Vivica Fox was the athlete ’cause she suuurrreee threw gymnast Shawn Johnson under the bus in the boardroom. Viv called her out for coasting because she got her monthly. Pop a pain pill and move on. Period.

Nick Jonas tried to oust egomaniac Geraldo Rivera, but got the axe himself.

Let the battle of the sexes rage on…