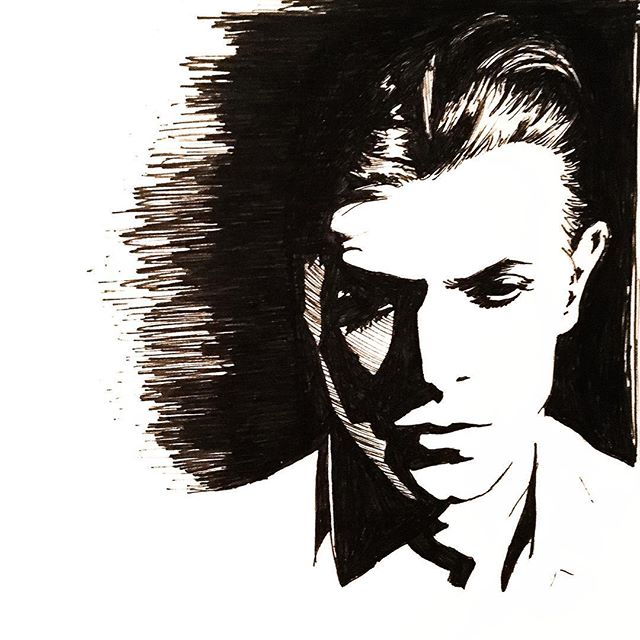 Nothing is worse than waking up to bad news. Unless it’s going to sleep with some. Today me and millions of others woke up to news David Bowie died of cancer. RIP David Bowie and condolences to his supermodel wife Iman.

Whether you’re familiar with his music or not (I’m a millenial, what’s your excuse?”) what’s indisputable is his authenticity and creativity to express himself through art. Without even singing a note David Bowie could capture our attention. Could it be the different color eyes? Or was it his chameleon-like personas? Blunt speak? Case in point, watch him call out MTV for their lack of diversity here.

Whatever je na sais quoi he possessed he carried it well. And shared it with those that needed it the most. David Bowie aka David Jones was a huge supporter of Alicia Keys’ Keep a Child Alive org that advocates for children in Africa living with HIV/AIDs.

In 2006, Bowie performed at the Keep a Child Alive fundraiser. Alicia Keys wrote a touching message about David Bowie’s death on her Facebook page today.

Sending prayers and love to my beautiful friend IMAN and her family on this day!

Through all his alter ego’s, David Bowie was one singular thing – a true Artist. He graciously performed 3 songs at Keep a Child Alive’s Black Ball in 2006 and I have never seen an audience so enraptured. Thank you for all the inspiration! Especially the message to all of us to be completely who you are!

“There’s a Starman waiting in the sky. He’d like to come and meet us but he thinks he’d blow our mind”. – Starman, David Bowie

It was par for the course, as the power couple committed time and money towards HIV/AIDS research. In the early ’90s, at the height of the AIDS epidemic, David Bowie and Iman were repeat donors and performers to advocacy orgs like 7th on Sale fundraisers.

Replicating that same level of support to fellow London rock star Paul McCartney at his Concert for New York City in response to September 11th.

Record store Rough Trade announced they will donate all sales from David Bowie’s albums to cancer research in honor of the music legend. Even in his demise he’s helping others.

Check out his last hauntingly beautiful music video below.

Rock on in heaven DB!!