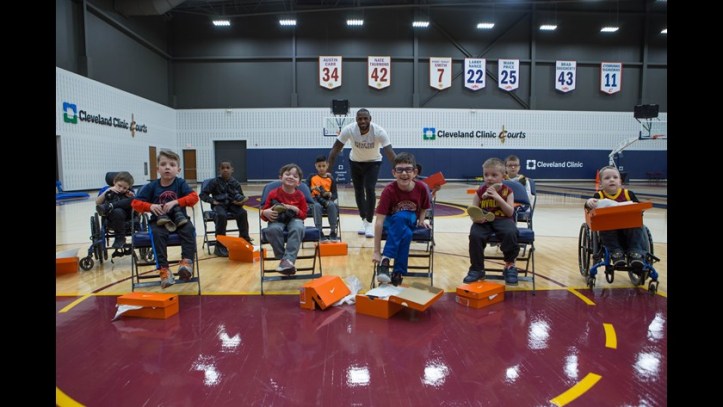 Even LaVar Ball would agree this is the real legacy LeBron James should be leaving for his sons and daughter–helping those that need it the most.

And King James did just that with today’s launch of Nike 10 Soldier FlyEase sneaker–designed to cater to special needs kids of all ages–in Cleveland.

The kicks were the brainchild of 12-year-old Matthew Walzer, who penned a letter to Nike CEO in 2012 describing how difficult it is tying his shoes because of his cerebral palsy. Nike revamped the shoe to include a zipper all the way around to get in and out easily.

Kids from the Cleveland Clinic Hospital for Rehabilitation were given their very own FlyEases’ by LeBron today at the Cavs practice facility. LeBron emphasized the impact the kicks would have on independence and performance.

“It’s about us empowering every kid and everybody to understand that we are all athletes,” James said. “Sport, in general, should never be taken away from any kid.”