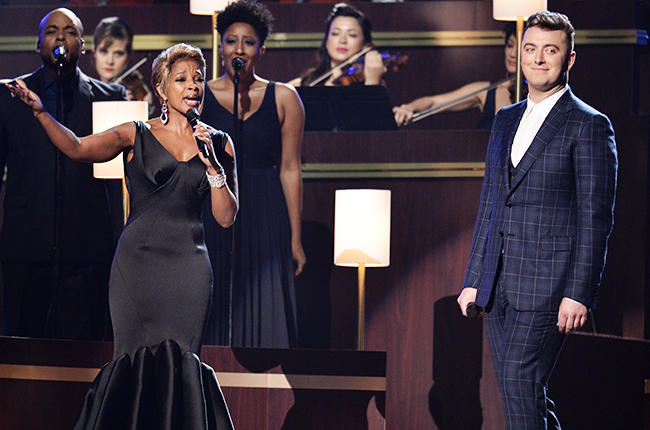 Other than the video loop of Kanye West bum rushing the stage, but ultimately DID let Beck bask in his Album of the year moment, playing in heavy rotation on Youtube, there are a few other–tangible–takeaways for Grammy’s 57th award ceremony.

Hey, all you super music fans. If you want a lasting reminder of music’s biggest night browse Grammys charity auction that benefits the MusiCares Foundation.

Items include an autographed Sam Smith microphone used to sing his steller “Stay With Me” duet with Mary J. Blige, who also puts her mic up on the auction block.

An Ariana Grande memorabalia set that includes an autographed copy of her new CD, microphone and its case.

And a Katy Perry autographed and bedazzled guitar.