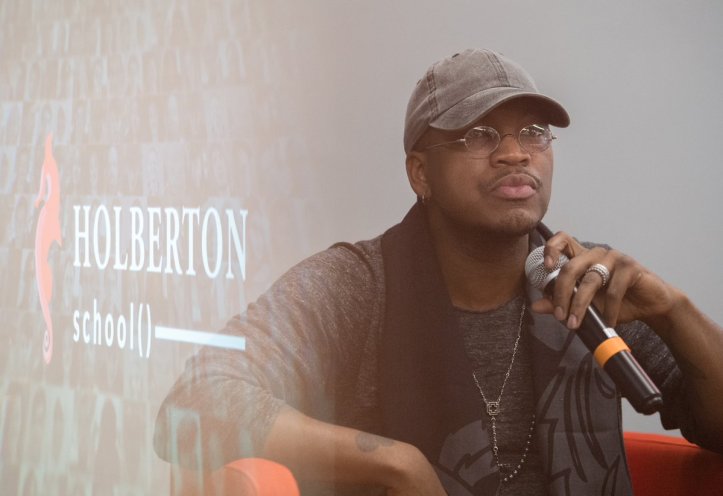 Ne-Yo has been M.I.A lately. Perhaps it’s due to a new house, new baby (it’s a boy!), new album and upcoming tour.

Luckily, what hasn’t changed is his gentlemanly ways.

“Everybody knows that tech and all these things are the wave of the future,” Ne-Yo told Tech Crunch. “I just love the fact of what they’re doing with the school — that they’re making it easier for underrepresented people in the world of tech. They’re giving them a platform and access to this knowledge that they probably wouldn’t get otherwise. I think that’s one of the coolest things about this whole situation.”

Another dope thing is Holberton doesn’t charge tuition until after the student gets a job. You read that right. If and when they do, the school takes 17 percent of a salary.

Plus, the odds of getting selected are def in minorities favor—Holberton’s current class is made up of 40% female and 53% of color, according to Tech Crunch.

No wonder Ne-Yo is also a member of the Holberton’s board of trustees.

Ne-Yo is definitely swapping the gentleman for philanthropist.