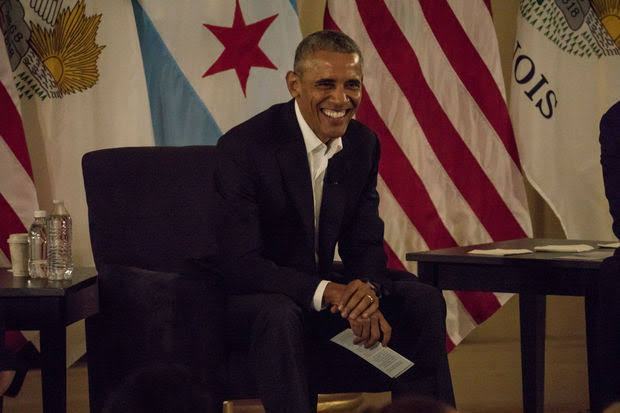 So grab that Corona with lime–dont forget the tacos–settle in and let’s recap some of the good things that went down this week.

Starting with our favorite quarterback Colin Kaepernick, sans a team. (Insert rant: will somebody pick this dude up already?)

Colin’s giving tour landed in front of the New York State Parole Board on Sunday, where the former 49er handed out custom suits to recently released prisoners looking for jobs.

Colin’s doing the damn thing when it comes to helping out in the community. Keep up the goodworks, CK.

Now for some Obama news that doesn’t involve “health” or “care” ’cause ain’t nothing feel good about that ish.

“One of the things that we’ll be starting this year is Michelle and I are personally going to donate $2 million to our summer jobs programs here in the community,” he said at the South Shore Cultural Center. “[It’s] so that right away young people can get to work and we can start providing opportunities to all of them.”

So take that, all you salty Democrats (**cough Bernie Sanders cough**) who chastised Obama for filling his pockets with Wall Street dollars. A cash grab former presidents have done for decades, mind you. At least Obama is doing it to help out his adopted city. To prevent more violence from coming out of Chiraq.

One Summer Chicago will be hosting summer jobs for the teens.