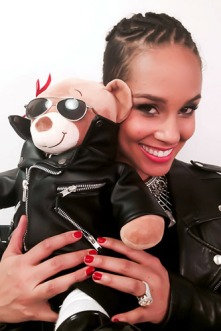 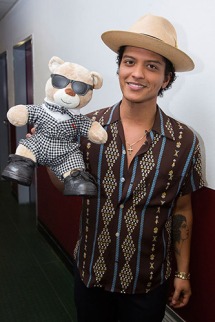 Move over Paddington, Bobbi Bear is taking over and he’s got backup. R&B superstars Janet Jackson, Alicia Keys and Bruno Mars and Bill Clinton designed their own Build-a-Bear to be auctioned off at the auction house Sotheby’s earlier this month.

The numbers are in and the stars helped raise over $100,000 to benefit Operation Bobbi Bear, a non-profit that caters to sexually abused and exploited kids that may be at risk to HIV/AIDS in South Africa. The bear plays a key part in victims describing where they were abused. The non-profit has reportedly saved thousands of children from being victimized by telling their stories.

To learn more about Operation Bobbi Bear click here and to see all the customized teddies click here.