Terrence Howard took a timeout from dueling with Cookie Monster (the Empire version, because  the lovable blue creature  with an insatiable sweet tooth on Sesame Street has no enemies.) to play wingman to Jamie Foxx at the Global Down Syndrome Association’s annual fundraiser in Denver.

Not letting his suave fashion sense go to waste –Terrence came to play with that navy blue suit–he escorted Jamie’s sister, Deondra (who has Down Syndrome) down the catwalk at the Be Beautiful, Be Yourself fashion show. Judging by Deondra’s face she knows how fierce they look together.

Not to be outdone, Denver Nugget Kenneth Faried (gotta love the man bun)  and his little dates werked the runway poses. I hear Ford models calling. 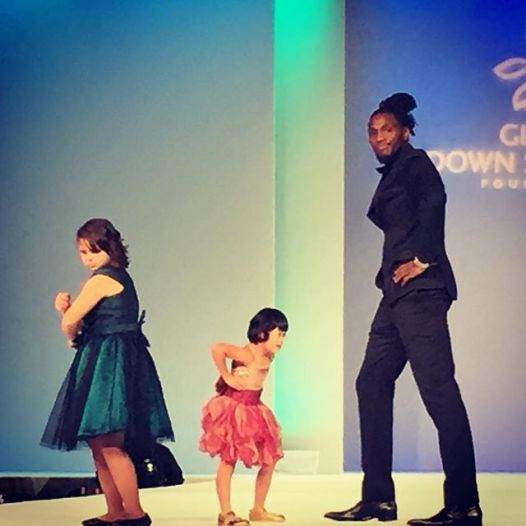 Academy Award winner Jamie Foxx brought his youngest daughter in on the act. She escorted him down the aisle and brought two friends along. 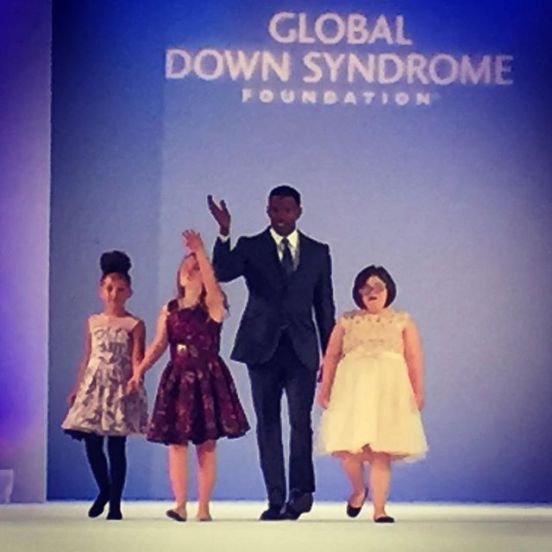 Yet, it was Terrence Howard who stole the show by bidding $5,000 on the first auction item, a glass of water. Wonder if the other items included free refills. We found some that didn’t. All money raised will go towards people with Down Syndrome